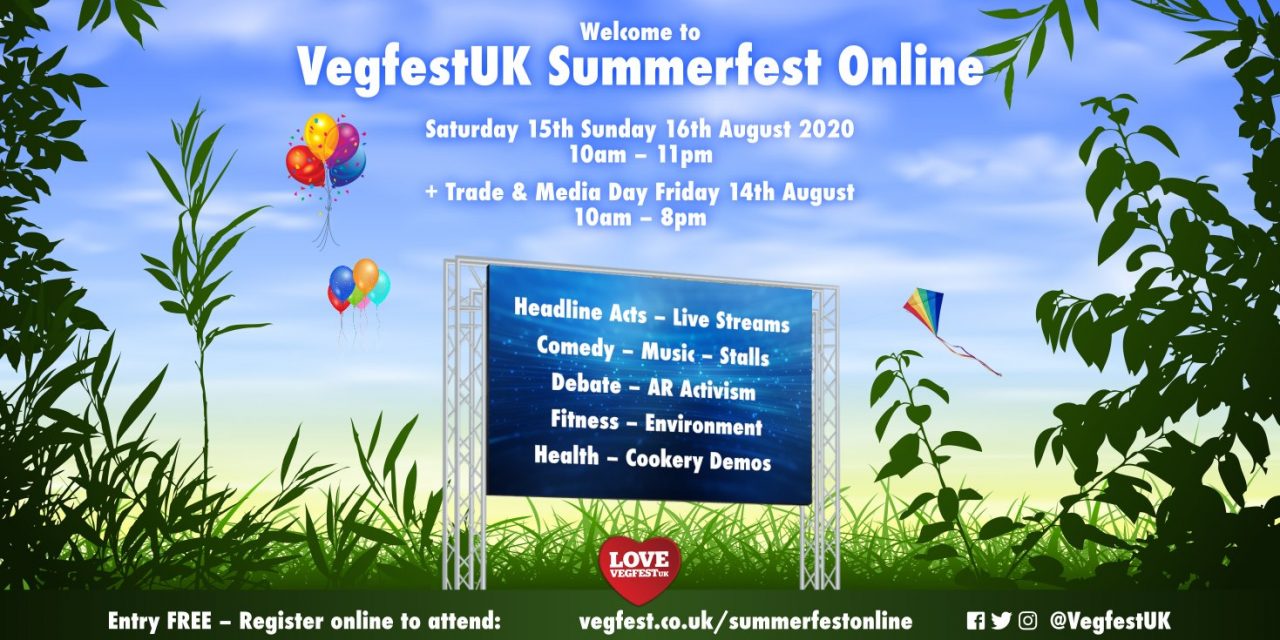 Their Summerfest Special is online in August featuring Macka B and Adamski amongst the line up that includes the latest in all things vegan and plant based.

The free online event – set to attract thousands of visitors over the weekend August 15th and 16th – includes a number of fun features with fantastic exhibitors displaying some of the latest vegan options, many to buy at show special prices.

Registration is free to attend here!

VegfestUK Summerfest Online is a full weekend programme of live streams and presentations from some of the UK’s leading vegan experts and a growing contribution from speakers based overseas.

Cookery Demos and Plant Based nutrition take centre stage at this online vegan extravaganza, with an array of tantalising recipes for dishes from leading plant based chefs from around the world on offer in the Cookery Demos area.

The Plant Based Health Professionals UK – a group of practising GP’s consultants and experts – deliver an up to date evidence based summary of recent nutrition and health news, including a live seminar to help people with their health and wellbeing during the pandemic.

The comedy section includes a live session on Saturday plus appearances from Ishi Khan & Adele Cliff alongside host Mike Kelson, with more guests and comedians to be confirmed.

Once again the music that makes the headlines – with long term vegan reggae star Makca B making a guest appearance on the Sunday evening followed by a special set recorded for Summerfest, and recent vegan convert Adamski, celebrating 30 years of ‘Killer’, one of the biggest ever selling dance tunes, making an appearance live on Saturday evening.

The Fitness Area thrives with the addition of a number of well-known high achievers in the competitive sports arena including Robert Cheeke, one of the original USA vegan bodybuilders. And a new addition sees the advent on an area focusing on ‘New Vegan Support’ an ideal area for those new to the vegan way of life or just getting acquainted with the benefits and delights of a plant based lifestyle.

Animal Rights and Activism always play a big part at VegfestUK events – and the online version is no exception with an array of talks and panels looking at AR and activism, including a global linkup with some of leaders of Animal Rebellion in different continents.

Meanwhile a new group launched during Lockdown will host the opening panel each day – The Vegan Women’s Leadership Network makes it global debut with participants from across the globe and a number of inspirational and educational presentations from an ever increasing circle of dynamic women leaders in the plant based world.

There’s also a number of other vegan musicians performing, including a preview of the new ‘Peace on your Plate’ Xmas single released in aid of charity Animal Aid in September.

Buckle your leather free belts for a weekend of excitement, entertainment, inspiration, education and some great bargains at the online vegan fiesta that is Summerfest Online.

The events are all free to attend for the public and feature a wide variety of exhibitors along with live streams panel debates, presentations and live chat facilities, plus a range of entertainment and information.

And more information is here! 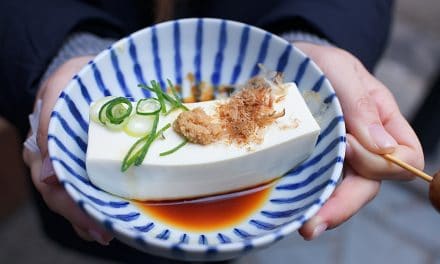 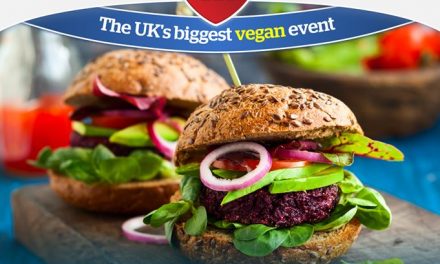 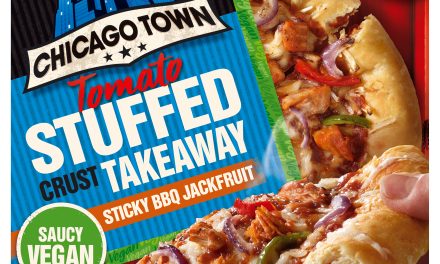