Well Karin is buzzing even more than usual when she heard she was nominated for “Best Individual Achievement of the Decade” by the organisers of The VegFest UK – the biggest event of its kind in Europe.

We have also outlined some of the work that Karin has dedicated her life to.

“The recognition for me and for what VeggieVision stands for means the world to me. I am blown away to have been nominated. I don’t know how not to do what I do – promote vegan living so the planet will be kinder to animals, life for future vegans will be easier and maybe we will all be healthier too. My fellow nominees are people, businesses and products that I love too – such amazing people that all deserve to win”. Karin x 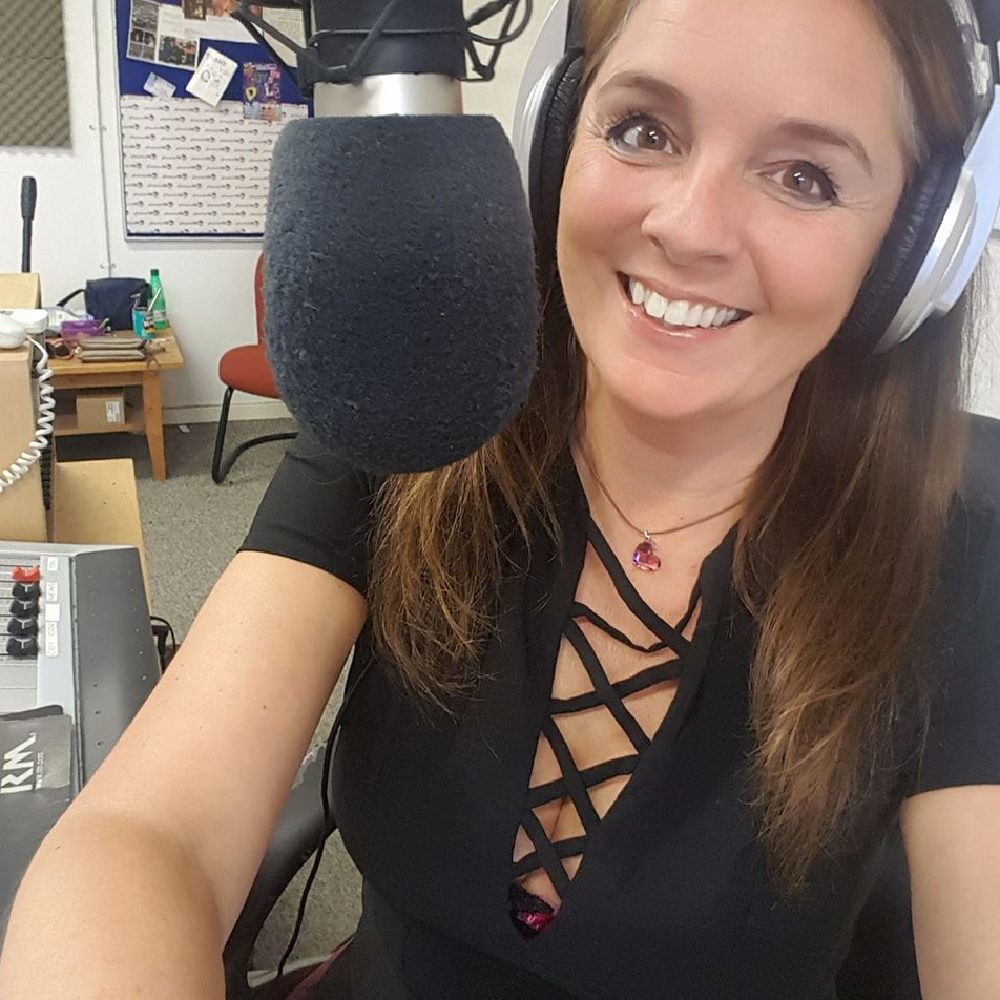 So who is Karin Ridgers?

Karin Ridgers gave up her well paid career to promote vegan living full time. A scary move that has meant she has worked flat out with ups and downs running her own business for 15 years.

Karin is the founder of VeggieVision TV – the internet TV station that addresses the fact that in the UK there are no veggie-friendly TV programmes! Showing short film clips of cookery, information, experts, celebrities, comedy and now with real people presenters as well as professional presenters in the UK Hollywood, Paris, Hawaii, Thailand and more.

She is also talking with some amazing veggie celebs and now friends including Sarah Jane Honeywell, Victoria Eisermann and the K 9 Angels, Rose Elliot, Benjamin Zephaniah, Macka B and Wendy Turner Webster.

Karin also runs MAD-Promotions an ethical PR company that focuses on promotion for businesses that are making the world a better place.

MAD-Promotions and VeggieVision has worked with more than 20 vegan events in the UK bringing them more publicity in mainstream media too. 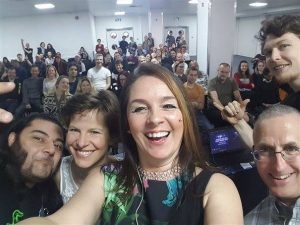 We also work with many vegan and vegetarian people and vegan products too – constantly getting the positive veggie-friendly message into mainstream media.

Karin has gained clients £100,00’s over the years in free editorial coverage – resulting in profiles of clients being raised, clients gaining their own regular columns, running competitions, having products reviewed and more.

Karin helps as many Pro bono clients as possible – Her work saved a local animal sanctuary from being closed down and has helped raise more than £40,000 for animals – this meant that 2 UK based animal sanctuaries animals did not have to be put down – saving the lives of over 300 animals.

Karin has taken part in more than 100 radio interviews – all promoting how easy, fun, healthy and kinder it is to lead a vegan life.

When the Managing Editor of BBC Essex met Karin he recommended her to be a ‘Loud Woman’ – a small team of women who regularly appear on Sadie Nines award-winning show. One of Karin’s blasts was so popular it was turned into an advert for the show and helped win 2 BBC Gold awards.

Karin was asked to be the voice for vegetarians in the UK and recently appeared on Sky News live addressing the horsemeat scandal. She also was asked to film for the BBC in February about her views on the UK’s first vegetarian sweet shop!

She produced and wrote a newspaper supplement Veggie Times and more than 250,000 copies were distributed with The Essex Enquirer – the biggest independent newspaper in Essex.

Karin was proud to be the Fashion and Celebrity Editor of the vegan-friendly Eco magazine Off the Hoof and has a regular column in The Parent Guide, Inspired Essex and Vegetarian Living magazine.

She has now been asked to write for other publications in connection with veggie living and has recently written for various trade publications on how and why they must cater for vegans and vegetarians.

Karin meets with hotel and restaurant owners and managers and with the power of VeggieVision behind her they listen to how and why to cater for vegans. She has liaised with the managers of Centre Parcs, Butlins through to the best restaurants and hotels in the UK – 5 Red Star Chewton Glen and Roux at the Landau.

Her vegan events over the years have always sold out – from comedy nights to a ball at The Hilton –  festivals as well as training people on public speaking. Her School Reunion a few years back was filmed for Channel 5 – and all her old school friends enjoyed a vegan buffet!

Joanna Lumley OBE said of Karin: “And well done Karin who was like a dear black-clad bottle of bubbly.”

“Mad promotions have acted as consultants for my company VBites. They are an excellent company and with Karin Ridgers at the helm I can see why. She has been a true professional and followed through with care and commitment with all we have requested of her. In addition she has created leads into industry media to benefit our company. I feel with their dedication any company would benefit greatly from working with their team.”

Karin has also won awards from Viva! and SMTV for her work in spreading the veggie word.  Heather Mills

Karin is working on a series of books at the moment including how to promote veggie living.

And huge news that we cant wait to share about VeggieVision TV.

“My driving force is promoting veganism in a fun and positive way”.

Thanks and love – Karin x