What Was It Like Being Vegan 25 Years Ago? Surprisingly EASY! 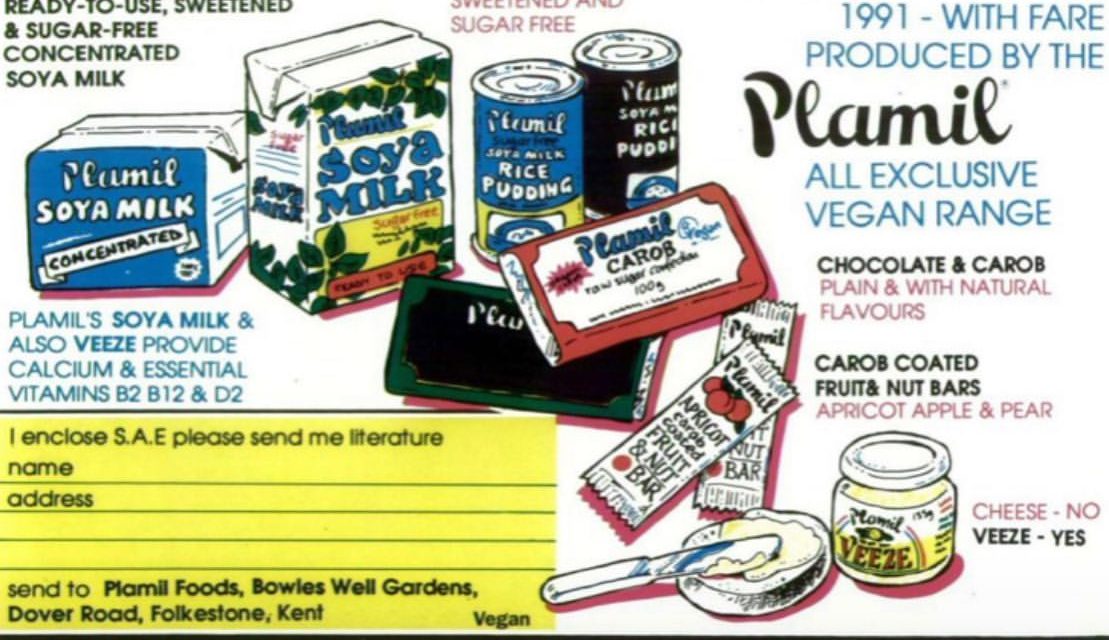 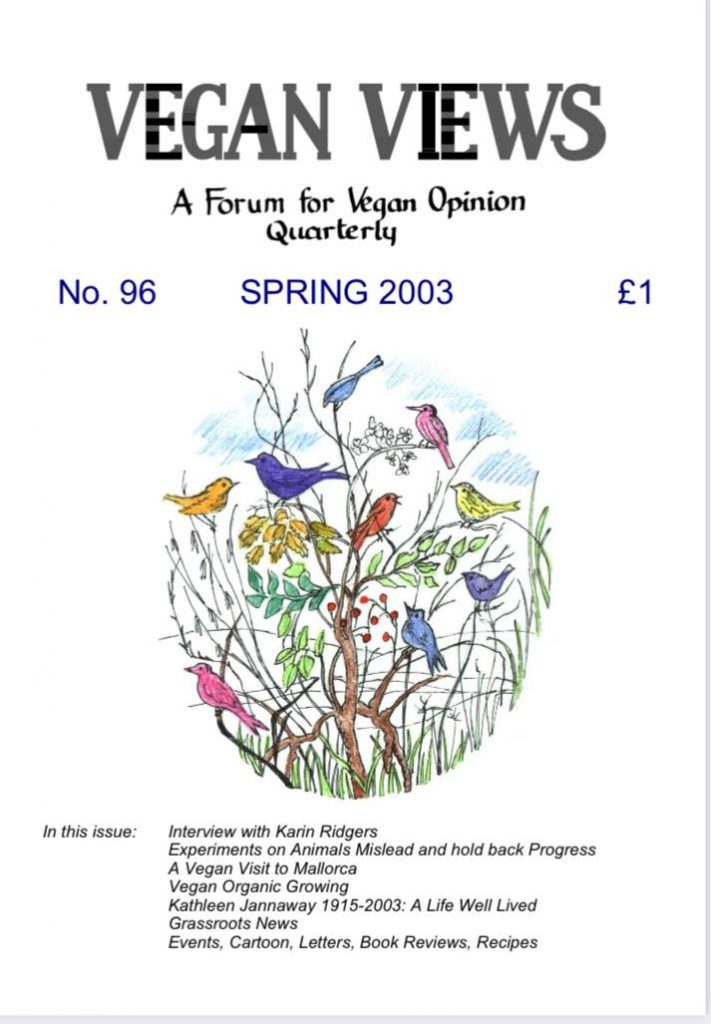 Going vegan is the best decision I have ever made and when people hear that it has been not far short of 25 years they are shocked. Likely as I look so young. Hahaha. And I have to say guys….. it was easy then too you know…

We had dairy free cheese, vegan chocolate, you could pick up tofu and a good selection of vegan sausages, burgers and everything else. We didn’t really order online – however we were BFF’s with our local health food stores.

Chain type restaurants were not a vegans fav place to go however there were some super veggie/vegan restaurants around in the main cities too.

We never took photos of what we were eating and yes there were vegan restaurants such as Seven Day Adventist Country Life off of Piccadilly Circus , Red Veg which was based in Dean Street (I think) and Brighton. They did the most fantastic burgers and hotdogs. And those super eat as much as you can for less than a fiver Chinese buffets that were dotted around London.

I found one behind Harrods once – and wow their vegan prawns have never been beaten. There was an always heaving veggie/vegan restaurant in Upminster in Essex and others around the UK that we supported.

There were various ice creams and still my favourite is Swedish Glace (I was even their spokesperson years ago doing a whirlwind day of radio interviews for them!). They had pear flavour back then too. I remember a vegan “Vienetta” as well.

Toffuti had some gorgeous dairy free cheeses as well as their lovely vegan cheesecakes. Their ice cream sandwiches called Cuties were delicious.  I knew the man who brought them to the UK however I am not sure they are in the UK at all anymore.

Bute Island Foods who make Sheeze were around too so even as a vegan of 25 years ish I have always had cheese! Firm favs Plamil meant there was always egg free mayo in the fridge and the best dairy free chocolate spread followed sometime later.

Redwoods (Now V Bites) is still my firm favourite for meat free meats. I remember chatting with the original company founders Jeremy and Jenny King who developed vegan meat free meat slices as they didn’t want their children to have different looking sandwiches at school.

There were various flavours of Biddy Merkins vegan cheese that came in a plastic packet as well as various brands of soya milk that have sadly fallen by the wayside … I remember So Good and some other brands. We even had vanilla flavours too.

Linda McCartney Foods launched 30 years ago next April. They launched with a range of frozen  textured vegetarian protein products including golden nuggets, ploughman’s pie (cheese pie), ploughman’s pasties, lasagne, Italian style toppers, and beefless burgers. At this time they were not all vegan. 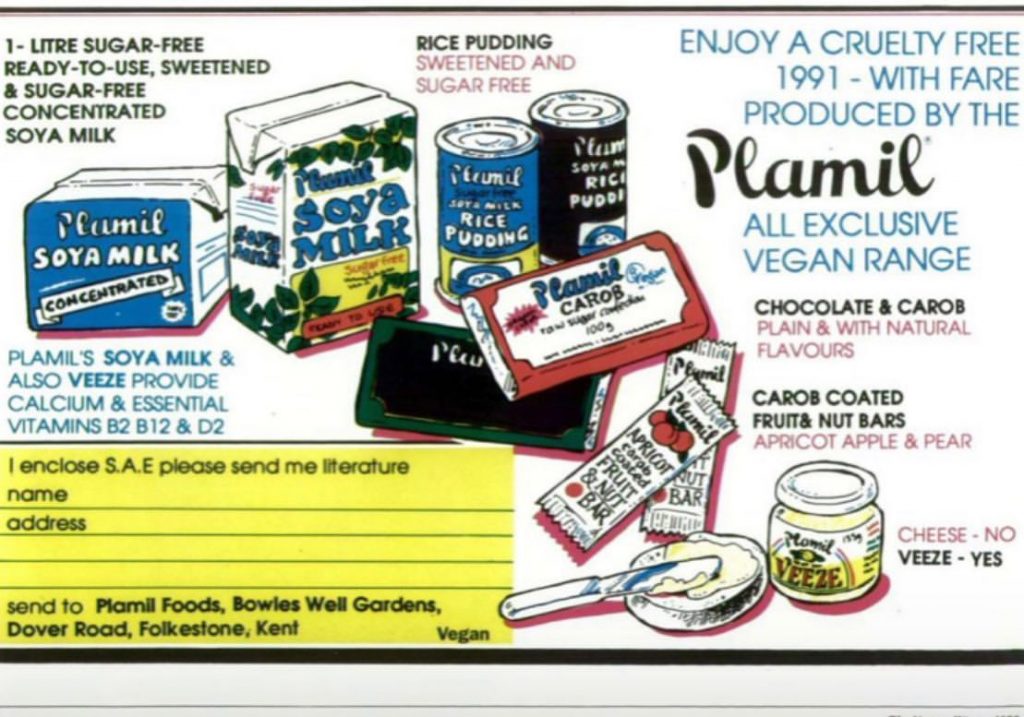 We had a vegan “sandwich spread” by Duchess and Plamil rice pudding in a can!

We had Vegan Views – a super little magazine… they even interviewed me and Vegan Village was if I remember correctly the first online community/ directory for vegans.

We had Vegetarian Living Magazine and this is where I first come across a brand new campaigning group…. Viva! I read an article from my inspiration Juliet Gellatley and realised I wasn’t alone. I have been a supporter ever since.

The magazine was going to put my sister and I on their front cover too after I asked if their front cover models were veggie… sadly they closed down straight after this! And also thinking about it pretty much all of these incredible companies came to my vegan festivals in Essex about 17 years ago.

We enjoyed amazing vegan Easter eggs that I remember had to be posted out which was a big deal then and handmade dairy free chocolates by Trudy Chocolates that were mind blowing.

Us “Old School Vegans” reminisce about meeting like minded people at demos, green fairs, London Vegan Festivals and at VegfestUK and they will all tell you it was all about the animals then. We set up our own groups, like I did in Essex, and met the most amazing people.

So no there wasn’t a Greggs sausage roll, we made our own Tartex filled sandwiches before going anywhere and always had a stash of nuts and bananas. Our house smelled of rehydrating soya chunks. And we thrived.

My driving force was to always make life much easier for further vegans so they would look back and say “Wow those vegans in the 90’s and 00’s did an amazing job!”

I wanted my life long vegan son Callum to be able to walk into a sweet shop and buy sweets like other kids can – just gelatine and cochineal free.

So please don’t think we were sacrificing anything! We certainly were not and talking to fellow OSV’s the food we had back in the day was fantastic and we still buy the brands that have survived the test of time.

And thinking back to those before my time I think of Donald Watson, Arthur Ling (who I had the pleasure of talking with several times), Tom Regan, Sally Shrigley, Leslie Cross and many others that I don’t even know. We stand on the shoulders of giants and I personally will be forever thankful to these pioneers. 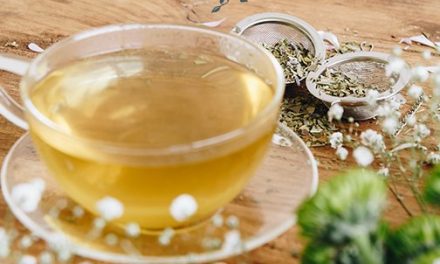 Tea Experts Whittard Of Chelsea Tell Us About Different Types of Tea. 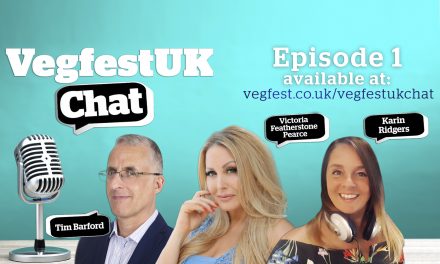 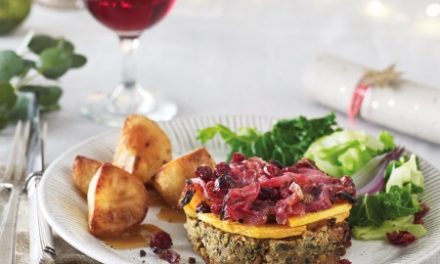