DUSK in Brentwood has it all…. including a massive WOW factor! 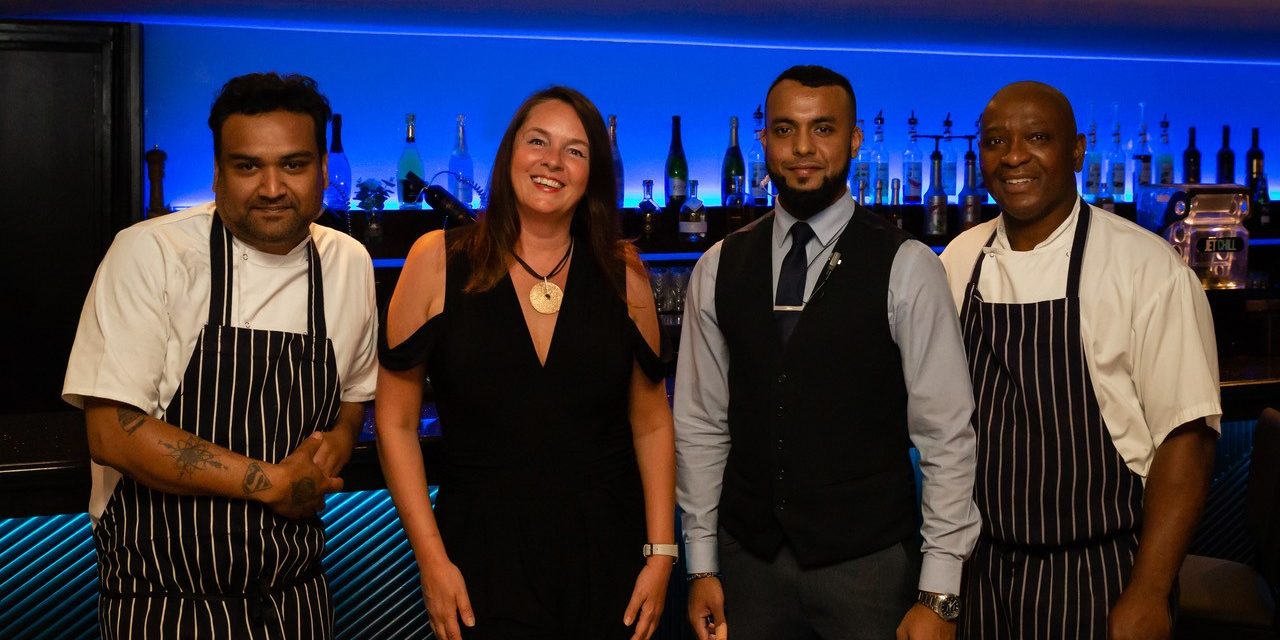 One word…. Wow. From time to time somewhere REALLY impresses me.  And DUSK in Brentwood has it all…. including a massive WOW factor! 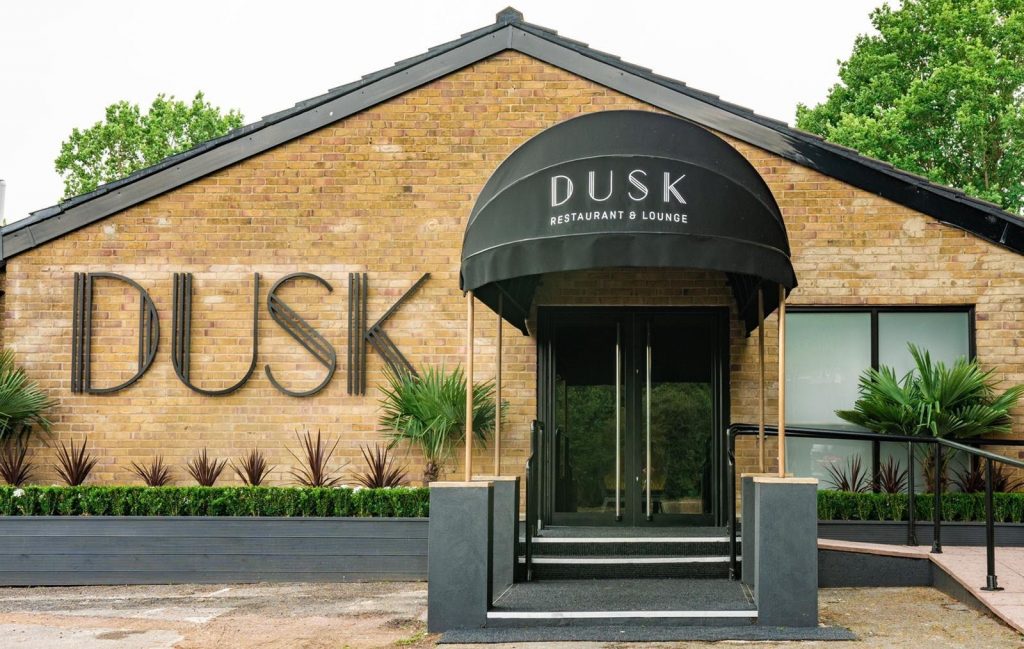 A stunning venue, attentive, knowledgeable and friendly staff as well as high calibre chefs who are passionate about food – and who enjoy coming up with inventive delicious vegan options.

DUSK has three discrete dining areas each with their own menu, the restaurant, which will cater for up to 400 customers, has been transformed with an investment of almost £1million by restaurateurs Sharif Uddin and Shakil Islam. The restaurant was designed by Seesaw Studios in Hackney.

Located on the Ongar Road, DUSK lies in the Essex countryside adjacent to Bentley Golf Club, and is set in over two over two acres of its own landscaped grounds.

“We are delighted to have captured the talents of a top international chef like Stephen, said DUSK co-owner Sharif Uddin.  “It wasn’t easy.  We didn’t interview him, he interrogated us, before agreeing to take on the project.” 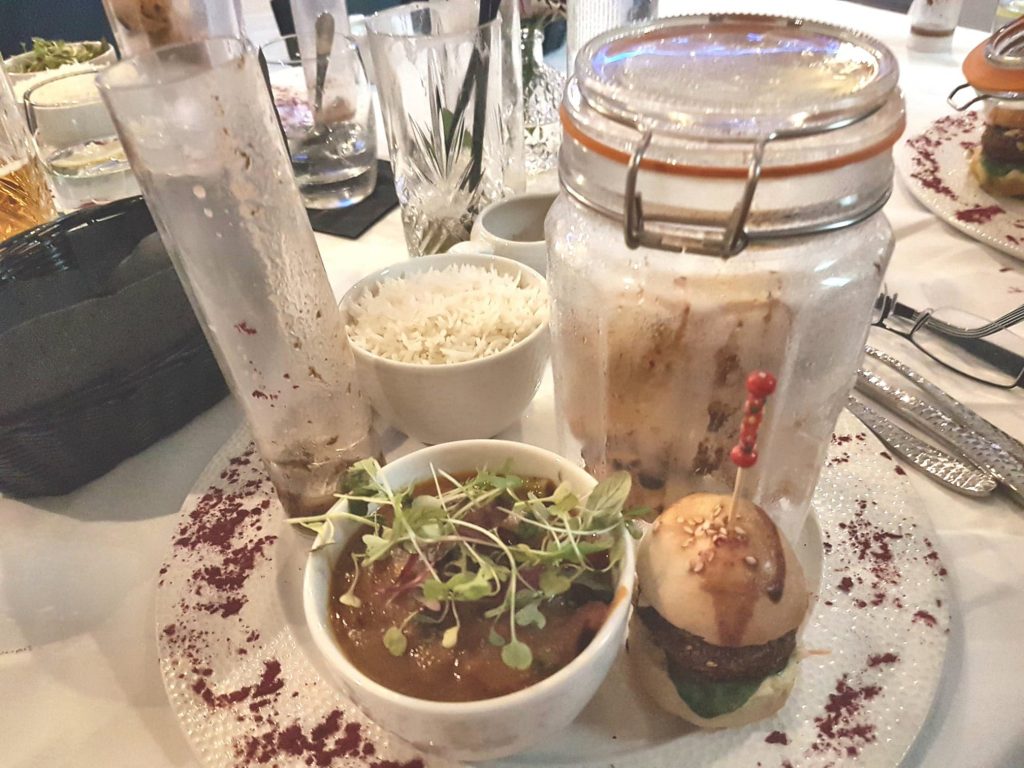 So for us vegans, there is a Tofu Shashlik with almond milk roux, served with rice and chips – and special versions of the Momo, Ratatouille, Hakka Noodles, American Chop Suey, and on Sundays, a Toad in the Hole.

Now as far as presentation goes I have never seen anything like what Chef Stephen presented us with….! Just stunning….. and what about this for mouth watering vegan options….. 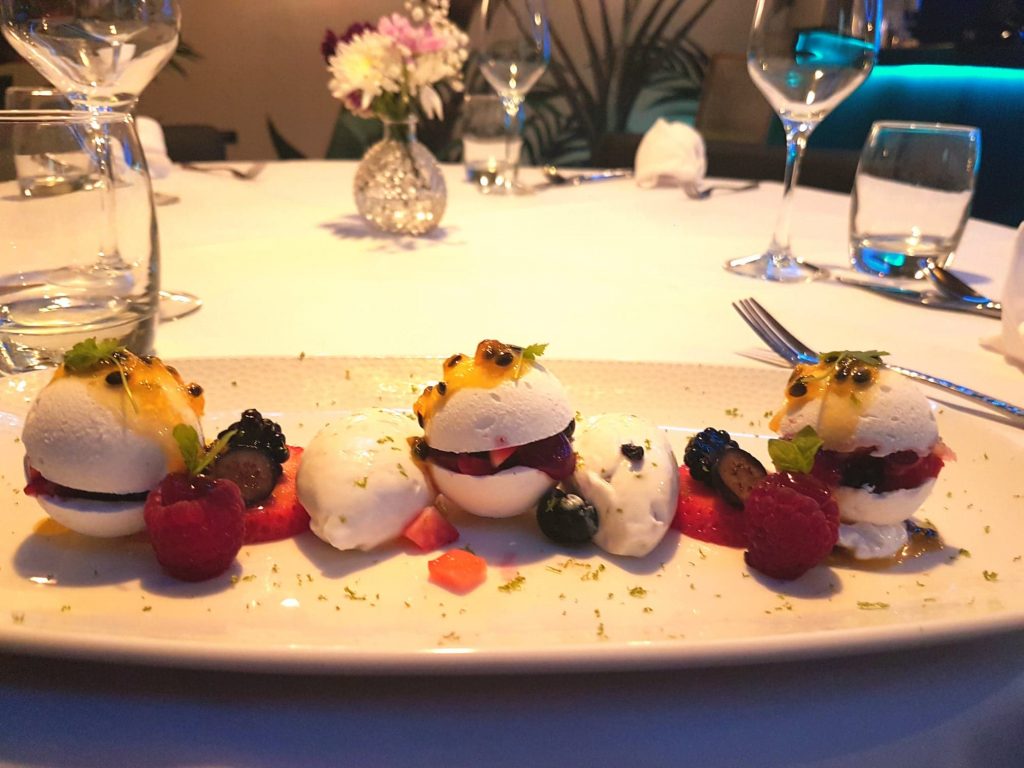 For dessert Chef Dave the passionate Sous Chef blew us a way with his Vegan Aquafaba Eton Mess.

“My native India has more non-meat eaters than anywhere in the world. More than 40% of the 1.3 billion people in India describe themselves as vegetarian.  That is why Indian cuisine has developed the best plant-based dishes.  With a ‘world food’ menu, our vegan options are a fusion of my favourite international dishes.

“Our desserts include that English classic, Eton Mess, which is both vegan and gluten free.  Chick peas are a brilliant alternative to eggs and we use almond milk instead of diary.  The result is an exquisite, light dish.

“I use the best quality fresh vegetables sourced from local green grocers and direct from nearby farms.  It’s important for independent restaurants, like DUSK, to support smaller suppliers keep money in the local economy.”

To wrap it up each bite of everything was delicious, and it is so exciting to see such high end vegan options being available in Essex.

Please reserve me another table for next week! 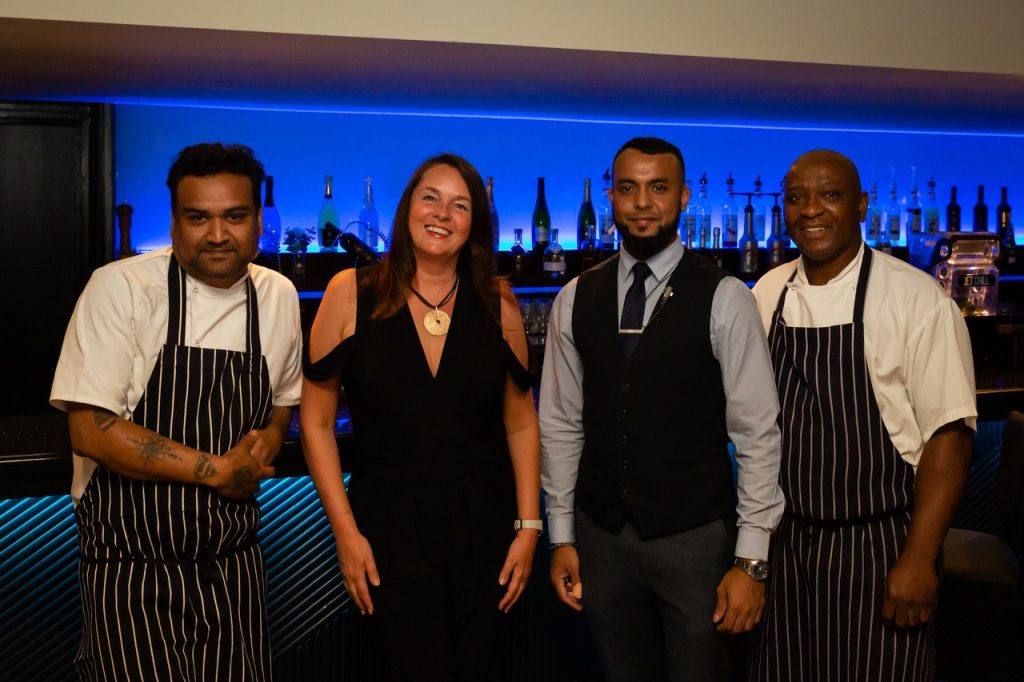 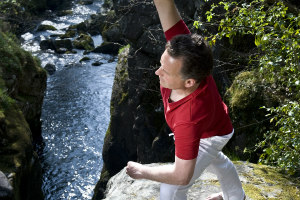 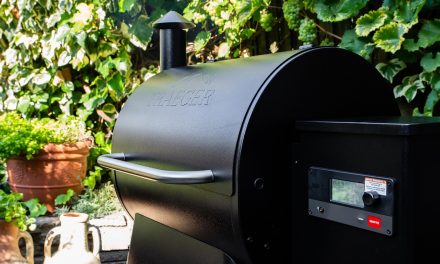 Top Tips for Pimping Your Veggies This BBQ Season.

New Vegan Drinks Round Up! 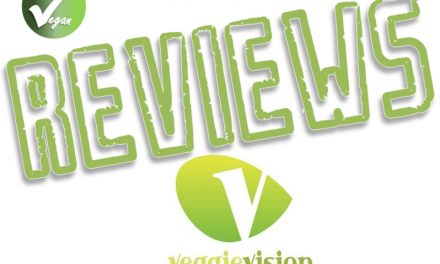 Beauty Inside and Out – Reviews