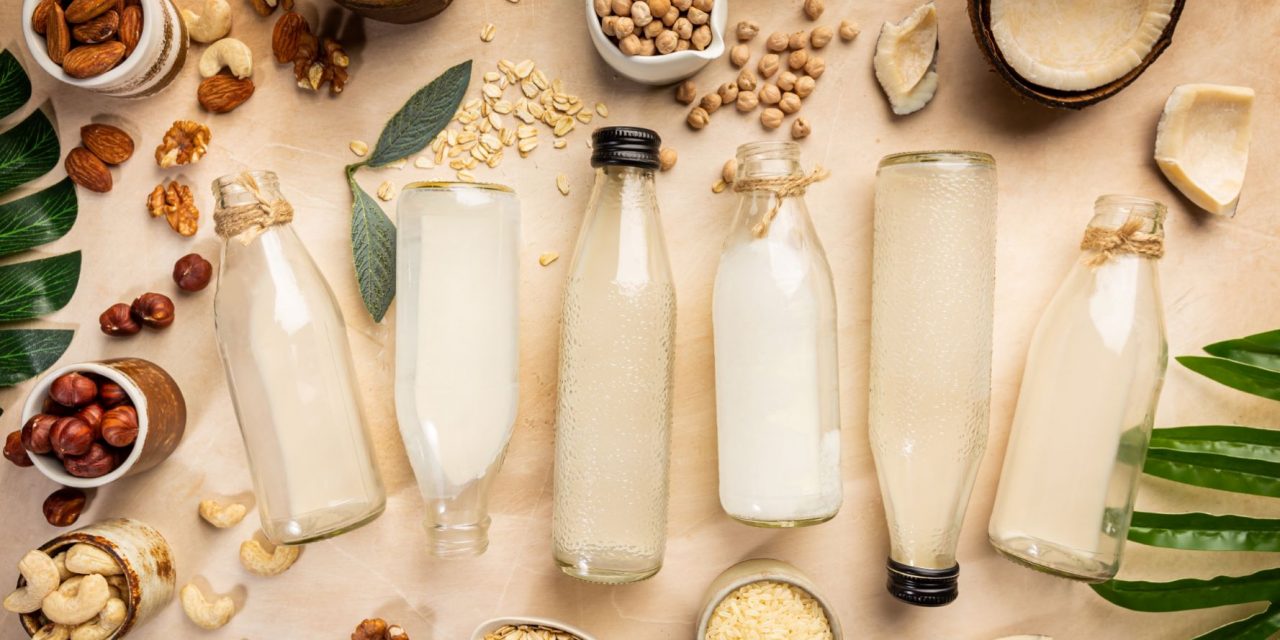 The more popular plant milks get, the more they are attacked by the dairy lobby, farmers and wannabe-experts. So how sustainable are they compared to cow’s milk? Veronika Charvátová from Viva! Health, a leading resource on vegan health and nutrition, explores the issues. 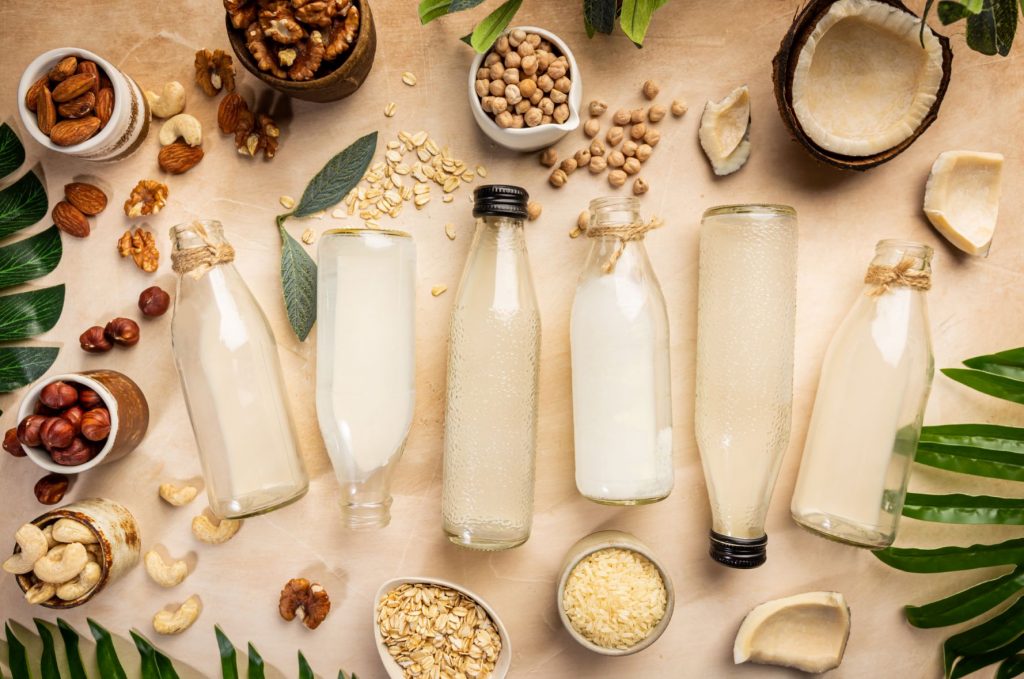 In a nutshell: All plant milks require much fewer resources than cow’s milk.

Read the full story: What is milk?

Cow’s milk (and all other mammals’ milk) is a mixture of water and tiny droplets of fat providing the ideal fluid in which other molecules, such as protein, carbohydrates, vitamins, minerals and hormones are dispersed. In the case of cow’s milk, it is the main food for the calf, covering all their nutritional needs and helping him or her to grow fast.

All human babies need milk – breastmilk or formula – so we are innately hardwired to like it. We enjoy the taste and milk makes things creamy and nice. But it doesn’t have to be cow’s milk, it could just as easily be dog’s or cat’s milk!

Historically, people have used all sorts of plant milks because they are easy to make, use and digest. Coconut, soya and almond milks have been around for centuries if not millennia! They all have one thing in common – they’re made from plants and water, contain no animal hormones or cholesterol and require much fewer resources than cow’s milk.

What goes into the production of cow’s milk?

It all starts with a calf. The calf needs to drink – usually a factory-manufactured milk substitute made from powdered milk and other ingredients and water. When she’s older she needs to eat – the bigger she gets, the more food she eats. Dairy cows generally eat a mixture of hay/straw and fresh grass or silage and they also get cattle feed made from various ingredients, such as wheat, barley, oats, corn, soya, fats, molasses, vitamins and minerals.

Each cow inevitably burps and farts and because of how cattle digestive systems work, fermenting the food eaten, cows produce surprisingly large amounts of methane – a greenhouse gas 25-86 times more potent than CO2 in its climate change effect. Add that to it the urine and faeces cows produce, usually stored in ‘slurry lagoons’, emitting other greenhouse gases, and you may begin to understand why cow’s milk has such a large carbon footprint compared to plant milks.

Yet, that’s not the end of the story – a cow doesn’t produce milk until she’s had a calf. A dairy cow is forcibly impregnated for the first time when she’s between one and two years old to make her productive as early as possible. Only once she had given birth to a calf can she be milked – the calf being removed just a few hours after birth.

All throughout this process, the farm is run using electricity and water, fossil fuels in transport of the feed and milk, producing more greenhouse gases.

What’s the carbon and water footprint of dairy milk?

Because of all the above, cow’s milk has a much bigger impact on the environment than plant milks. Scientists have done all the hard work and calculated everything, so you can see it in this handy table (based on data from Poore and Nemecek, 2018):

How are plant milks produced?

All plant milks require small amounts of plant ingredients and some water. In general, there’s about 3-10 per cent of the plant, 90 per cent water and tiny amounts of other ingredients, such as calcium, natural stabiliser, sunflower oil or vitamins (in fortified versions). Cow’s milk contains a similar amount of water (87-90 per cent).

There are, of course, differences in how the crops for the milk are grown but it’s always a straightforward process. A crop is grown using water and sometimes fertiliser, harvested and used to make plant milk.
Crops like oats and hemp grow in temperate climates and so are perfect for Europe. Soya has been cultivated in Europe too and most soya milk brands on the UK market use European soya. When it comes to almonds, Spain is the world’s second largest producer and some almond milk brands only use Spanish almonds to be more sustainable.

Are some plant milks more sustainable than others?

There are many factors to consider in how sustainable a product is. However, all plant milks are more sustainable than cow’s milk – the evidence is clear.

Soya milk
Soya has received a lot of negative attention due to deforestation in the Amazon. Swathes of the rainforest have been cleared for cattle grazing and soya cultivation. However, nearly all of this soya is grown for livestock feed – fed to pigs, chickens and cows. On the other hand, most soya milk brands available in Europe use Europe-grown soya. Check your favourite brand’s website for information. The only exception are some supermarket-own soya milks for which information on soya origin is unavailable.

Sustainable soya cultivation in Europe is now the norm and is good for the soil too! Soya plants bind nitrogen in the soil, enriching it, and they require less fertiliser than many other crops.

Almond milk
Almond milk has also been subject to criticism in the media. It’s because almond milk requires more water than other plant milks. The world’s largest almond producer is California, which has been suffering severe droughts for several years. However, dairy milk requires still more water than almond milk and California uses less water to grow almonds than it uses to grow alfalfa for livestock feed. It’s good to keep these facts in mind when reading sensationalist tabloid stories.
Spain is the second biggest producer with a long tradition of almond cultivation. Almond orchards require irrigation but farmers use rainwater where possible and have been reducing irrigation in general to conserve water (Expósito and Berbel, 2020). And let’s not forget that almonds are trees and as such capture CO2 and release oxygen, and their roots help to prevent soil erosion. The plant milk brand, Alpro, only uses Spanish almonds for its almond milk.

Rice is grown in flooded rice paddies and because those produce methane, it has a higher greenhouse gas impact than other cereal crops. Yet, it’s still less than a half of what cow’s milk produces (see the table above).
When it comes to plant milks, oat and soya milk are more sustainable than rice milk – because of how rice is grown and also because rice has to be imported.
Oat, hemp and pea milks
All these crops are or can be grown locally, don’t require extensive irrigation or fertilisers and are beneficial to our health. There is no downside but if you want the most sustainable option, choose organic versions of these because that means no dangerous pesticides were used.

Coconut milk
Coconut plantations are scattered across subtropical coastal zones and while coconut growing is environmentally friendly, it’s the farmers that often struggle to make ends meet. Volatile market prices of coconuts mean they often don’t get paid as much as they should for their produce. From this point of view, the sustainable choice is the one that keeps coconut farmers out of poverty – Fair Trade products.
The choice is yours
Whichever plant milk you choose, it’ll be a more sustainable option compared to cow’s milk. If you want to be super-sustainable, you can make your own and so reduce the use pf packaging. But if you’d rather try a few more options, check out our Vegan’s guide to plant milks!

Viva!health is a major resource on vegan health and nutrition for health professionals and the public www.vivahealth.org.uk

Veronika Charvátová MSc is a biologist and Viva! Health researcher. Veronika has spent years uncovering the links between nutrition and good health and is an expert on plant-based diets. 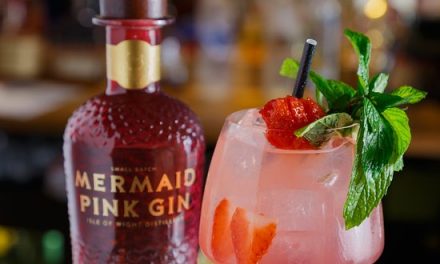 Add A Little Colour To Cocktail Hour With Some Mermaid Pink Gin. 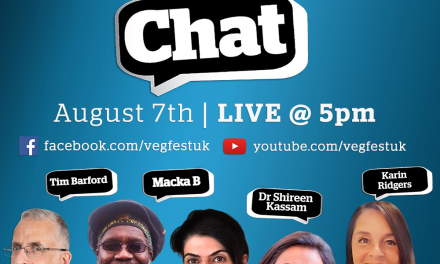