We are thrilled to hear about passionate Canadian vegan advocate and festival organiser from VV TV blogger Teresa Bergen.
Here in the UK there are different ways to approach veganism however the end result is quite the same – 100% vegan 100% of the time. In Canada they seem to have a slightly different approach however looking at the growth of veganism and the amount of vegan eateries there they sound like they are doing it right for their culture!!
A Conversation with Quebec Vegan Activist Elise Desaulniers
By super VV TV blogger Teresa Bergen
One day Elise Desaulniers was passing time by looking at some books her professor boyfriend had ordered for an ethics class. A chapter on factory farms hit her like a lightning bolt. “That night I became vegetarian,” she told me at Aux Vivres, a popular vegan restaurant in Montreal. Within a few months, she went vegan.
A decade later, Desaulniers is one of Montreal’s leading vegan activists. She’s written several books about veganism and animal ethics and is currently organizing Montreal’s third annual vegan festival. While writing a book about the dairy industry, she had another epiphany: the correlations between animal oppression and various kinds of human discrimination, including racism and sexism. She became a devoted feminist as well.
Veganism and the French Canadian
When Desaulniers began to write and speak about veganism, she came up against a couple of obstacles. “We hate debates in Canada,” she said. “We like to find the middle ground. So the conclusion is you should eat less meat.” Most people are fine with having a vegan lunch a couple of times a week, she said, but consider it too extreme to be vegan 100 % of the time.
Perhaps a bigger obstacle is culture. “When it comes to cheese and dairy, it’s part of our culture. We are super proud to have wonderful cheese made in Quebec. To quit cheese is to turn our back to our culture.” She also points out that the entire province of Quebec is only about eight million people. So if you condemn an industry like dairy, you’re dissing your neighbors, not just some faceless, far-off corporation.
Desaulniers has been hassled both online and off. As one of the first people to write in French about animal ethics, and one of the only to talk publicly on the topic in Quebec, she doesn’t savor run-ins with the powerful meat and dairy lobbies. “When I’m giving talks, I’m always afraid somebody from the industry will be there.”
Growing Popularity in Montreal
Despite the backlash, Desaulniers has witnessed a growing interest in veganism, especially among young people. “When I spoke in colleges six years ago, people asked where to get protein. Now the questions are about the link between meat and capitalism. The link between all forms of oppression is very clear for them.”
Montreal’s third annual vegan fest is coming up in November, which has grown each year. In 2014, the planning group underestimated interest in a vegan fest. “We expected about 2000 people, but 5000 came,” Desaulniers said. “So it was completely crazy.”
The second year, they planned for five to seven thousand and got ten thousand. “There was an hour-long line around the building,” she said.
This year they’ll attempt to spread the crowd out by holding the event for two days with longer hours. The planners are aiming for a diverse event, including spread the fest will go two days with longer hours to try to spread crowd out. They’re planning a program with diverse speakers representing various ethnicities, nationalities and genders. Topics will range from cooking demos to philosophical and ethical talks.
Helping People Go Veg – or at least move in that direction
Desaulniers likes to help beginning vegans adapt to the lifestyle. She’s not trying to convince people to be 100% vegan, but to move towards a vegan diet. “I also help people who struggle with loved ones, family and friends. How to deal with your husband that wants to eat meat, your kids who want to eat like everyone else, your mother who wants you to eat cake baked with eggs,” she said.
Montreal currently has 66 vegan restaurants. Desaulniers estimates that 10 to 15 percent of patrons of these restaurants are vegan all the time. “Most are omnivores, but open to vegan meals. They come for health, taste and environmental reasons.”
She’s careful with people exploring veganism. “Becoming a vegan is like learning a new language,” she said. “People are scared of veganism. It’s a thing we should acknowledge. As an activist, you have to listen.”
www.teresabergen.com.http://www.teresabergen.com 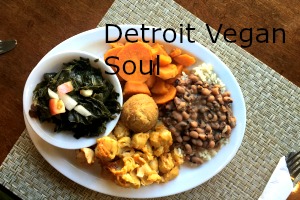 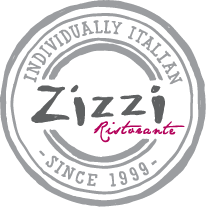 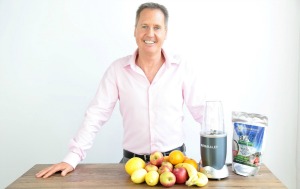